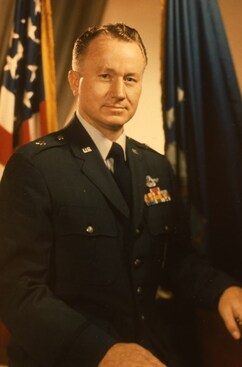 ​General Ben Partin was one of the most influential innovators in developing focused energy and precision guided weapons. He was a close friend of missionary to the communist world, Rev. Bill Bathman, a member of the Board of Frontline Fellowship and a very good friend of our family and Mission. 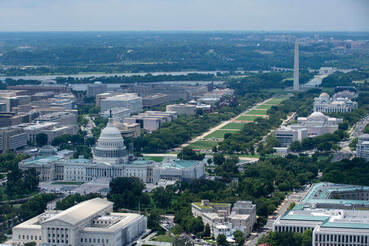 ​In the development of major weapon systems, it may take 10 years from the definition of a requirement until the weapon system becomes an effective and integral part of our force structure. If the system remains in the force structure for a nominal 20 to 30 years, then in what operational scenarios will that weapon system be expected to perform 10 to 40 years in the future? It is those potential operational scenarios that determine many specifics in the definition of the requirement.
​
​What kind of crystal ball is used to foresee 30 to 40 years ahead in such detail? In my 31 years in the Air Force - (25 spent in Research and Development from the laboratory to the Office of the Secretary of the Defense) - 1 have never seen but two bases for such extrapolation. One is the evolution of technology whose extrapolation is a sophisticated science itself, and the other is the Program of the Communist International Adopted at Its 6th Congress in Moscow on September 1, 1928. [Reference: The Communist International 1919-1943 Documents. The Communist International 1919-1943 Documents, Jane DeGrasse, ed., Volume 11, 1923-1928, London, Oxford University Press, 1960.]
Read More

The Oklahoma Bombing - Red Flags From an Expert 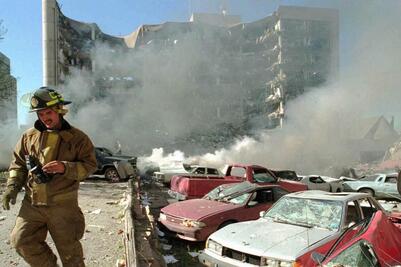 One of the earliest calls placed by THE NEW AMERICAN in our investigation into the Oklahoma City bombing was to Brigadier General Benton K. Partin (USAF, retired). As one of the world's foremost experts in both the theoretical and practical applications of explosives technology, General Partin possesses virtually unparalleled qualifications to authoritatively evaluate the public-source information available on the bombing.

​From the start, the general expressed very strong misgivings about the "official" story - that the horrendous damage to the federal building had been caused solely by the reported truck bomb. Too many facts, he said, "simply just don't add up" to support that convenient explanation. For Partin, the reported "facts" contradicted not only the laws of physics, but a lifetime of personal experience as well.
Read more 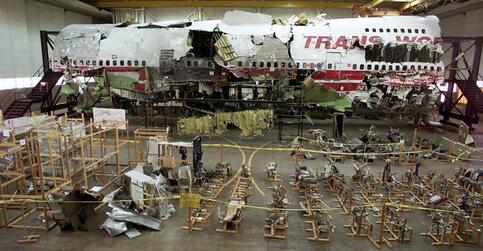 When we have an aircraft incident like TWA-800, with massive casualties and never-ending grief, there is also massive empathy and massive concern about how it happened and what has to be done to preclude a repeat performance, or something else even more horrible. There must be no cover-up, and a full spectrum of applicable technology must be brought to bear on identifying the cause and providing solutions.
​
The victims, the American people and those people all around the world, flying American designed and manufactured aircraft have a right to know the truth. All of those people involved in aircraft development, operations, maintenance and security have an urgent need to know the truth. After an 18 month investigation under the dominant control of the FBI, and after the expenditure of over $100 million, the American people still do not know what really happened other than some vague "mechanical failure" that resulted in the near empty center wing fuel tank blowing up in a most improbable manner - directionally - "forward to the right and down."
Read More
More Articles
Contact us